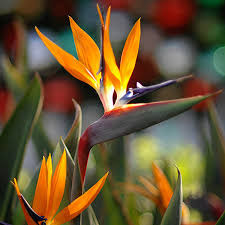 Anne Donadey is Professor of French and Women’s Studies. She is the author of a book on Assia Djebar and Leïla Sebbar (two women writers from Algeria), Recasting Postcolonialism: Women Writing between Worlds (2001); co-editor of Postcolonial Theory and Francophone Literary Studies (2005); editor of a special issue of L’Esprit créateur on the works of Assia Djebar (2008); co-editor of the second edition of Women in Culture: An Intersectional Anthology for Gender and Women’s Studies (2017); and editor of Approaches to Teaching the Works of Assia Djebar (2017). She has also published articles on representations of the Algerian war in literature and film, on anti-racist perspectives in Women’s Studies and French cultural studies, and on the works of Rachid Bouchareb, Moufida Tlatli, Fatima Mernissi, Tsitsi Dangarembga, Maryse Condé, Daniel Maximin, Azar Nafisi, Octavia E. Butler, and Gloria Anzaldúa. Her articles have appeared in journals such as PMLA, Signs, Research in African Literatures, College Literature, and Studies in French Cinema.