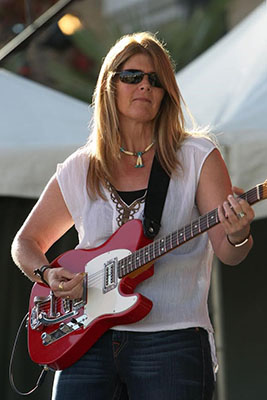 A specialist in French language & phonetics, medieval and early modern literature, theater and performance genres, Holly Ransom completed her B.A. at SDSU and at the Sorbonne then her advanced degrees in French in graduate school at UC Berkeley. She has directed the French Program's plays through our own campus theater company "Le Théâtre Français de SDSU" since 1992.

A musician as well as a scholar, she also composes, sings and plays guitar in her alternative band "Snakeoil Burlesque."

She often spends semester breaks at her French bastide maisonnette in southwest France.