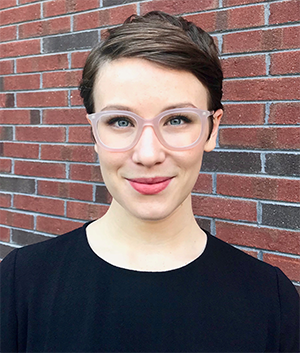 Kylie Sago is an Assistant Professor of French in the Department of European Studies at SDSU, where she teaches on the literatures, cultures, and histories of the French-speaking world prior to the nineteenth century. She holds a Ph.D. in Romance Languages and Literatures from Harvard University and was previously a Digital Collections Fellow in French Studies at Widener Library and Pensionnaire étrangère at the Ecole normale supérieure (Ulm). Her research explores the entanglements of literature and empire, with a focus on the French Atlantic. Her work has appeared in the journal Nineteenth-Century Contexts and the edited volume Encounters in the Arts, Literature, and Philosophy, and she assisted in editing Revisioning French Culture (ed. Andrew Sobanet). She is currently working on a book project that examines the role of literary adaptation in racial formation in the eighteenth and nineteenth centuries.

Kylie recently spent two years in France conducting research. She has also worked for four years with undergraduates as a resident advisor at Harvard. She volunteered as a puppy raiser with Guiding Eyes for the Blind and now enjoys spending time with her former Guiding Eyes lab, Albert.